Skip to content
WATSAN Uganda in Uncategorized May 3, 2020 184 Words

The pot-holed Ugandan roads are taking their toll again, and the project truck upon which the staff team rely so heavily will need replacing soon. 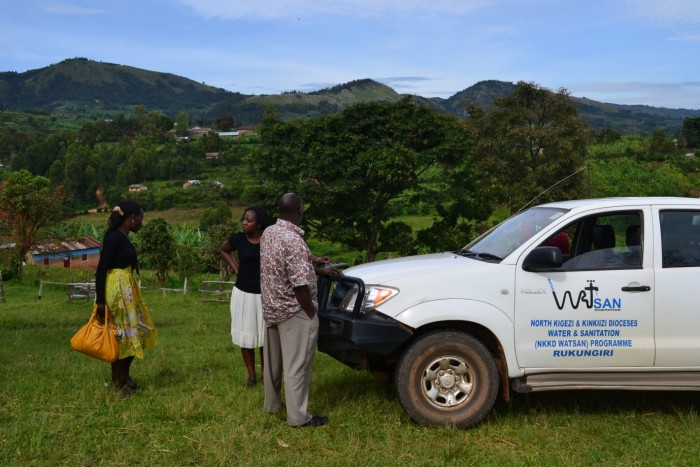 In December we shared with supporters the need for a new motorbike for Moses to help him negotiate the “dancing roads” to reach the remote villages of the Kinkiizi Diocese.

Your response was swift and generous. We have a small surplus, which we’ve put into a Vehicle Fund. This has been augmented by the Ugandan Team prudently offering the old clapped-out bike for sale to the highest bidder. 4 million Ugandan Shillings (about £850) was raised!

In 2015 the UK Support Group sent funds for a well-researched second-hand Toyota truck to transport the team and their necessary equipment and materials across the project area, which is about the size of Oxfordshire. Over these five years the dancing roads have taken their toll, requiring expensive repairs in Kampala over 200 miles away.

A replacement will cost some £25,000, sooner rather than later! So, once again we are seeking your generous support.

No vehicle – no project – the truck is the workhorse of WATSAN!